Speaking at Henninger High School in Syracuse Thursday night he outlined a three-pronged plan to make a college education more affordable for the middle class.

At the core of his message was the need to increase value for students and their families, at higher education institutions.

"Increasing value, so young people and their parents know what they're getting when they go to college, encouraging innovation so that more colleges are giving better value and then helping people responsibly manage their debt."

“Whether students are graduating with manageable debt, whether they’re actually graduating in the first place, whether they have strong career potential when they graduate, that’s the kind of information that will help students and parents figure out how much value a particular college truly offers.”

Obama says ranking colleges based on criteria like tuition, graduation rates, debt, and ease of access for low-income students, will encourage accountability and incentivize colleges to innovate in the field of cost reduction.

Currently, $150 billion in federal student aid is disseminated based on enrolment levels at colleges, regardless of graduation or debt rates.

President Obama wants to change this so that eventually federal financial aid to students would be linked to his proposed college ranking system. The idea is that tax-payer dollars would shift to higher ranked schools, rewarding drops in tuition costs and increased educational outcomes.

That, Obama says, will equal more students being able to afford college, and fewer students graduating with crippling debt.

Obama is also proposing an expansion of his existing pay-as-you-earn program that would allow students to cap their college debt payments at 10 percent of their monthly incomes. Both this expansion and the ability to tie federal dollars to college rankings would require congressional approval. But, Obama says there’s strong bi-partisan support for this issue.

High School student Quazhae Eiland says the expansion of the pay-as-you-earn program could make the idea of college loans less frightening for many students.

The President was received by a supportive crowd in Syracuse and screams were deafening when he walked to the podium at Henninger High School.

The positive vibe was broken briefly by a pair of hecklers, one of whom held a Free Bradley Manning sign. But, they were quickly removed from the audience and Obama once again had a rapt audience.

He was gracious about the interruption, but quick to get back on point.

“Can I just say that as hecklers go, that lady was very polite, she was, and she brought up an issue of importance, and that's what America's all about. But, what America’s also all about is making sure that middle class families succeed, and that people who work hard can get into the middle class."

Obama will continue bringing his education message across New York State Friday, heading to an event at Binghamton University around noon. 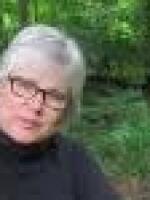