A firm promised a loan by the federal Department of Energy has had that guarantee rescinded by the contentious budget process.

As New York NOW's Matt Ryan reports for the Innovation Trail, that's going to make it harder for Taylor Biomass in Orange County to build their trash-to-energy conversion facility - but not impossible.

Taylor's proposed plant, outside of Poughkeepsie, would use "biomass gasification" to convert organic waste material to to gas.  In the patented process that gas would power a turbine and create energy.

The $100 million loan that Taylor had been counting on is part of a project with a price tag of about $145 million.

You can watch the full episode of New York NOW at WMHT. 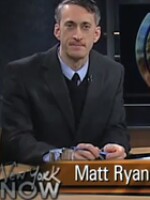