New York State health commissioner Dr. Nirav Shah says he is not waiting for the finalization of  pending studies on gas drilling to make his recommendation on whether the state should give its approval to hydraulic fracturing.

Shah says the final results could be years away and that state officials will instead speak to some of the researchers about their findings.

"The governor has been very clear to let the science lead, and we have been working with our experts very closely going back and forth," Shah says. "I anticipate that we will be done within the next few weeks. There is no real time table. We are learning more information as we go. We want to make sure that we cover all of the ground and not rush to a decision."

Shah says he has met in the past two weeks with researchers from the U.S. Environmental Protection Agency and Geisinger Health in Pennsylvania, which is studying health records of individuals living near Pennsylvania gas wells from both before and after hydrofracking began. 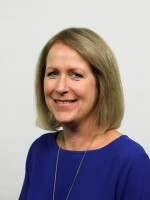 Beth Adams
Beth Adams joined WXXI as host of Morning Edition in 2012 after a more than two-decade radio career. She was the longtime host of the WHAM Morning News in Rochester, where she was recognized for her work by the New York State Associated Press Broadcasters Association and the New York State Humane Society. Her career also took her from radio stations in Elmira, New York, to Miami, Florida.
See stories by Beth Adams