BP had been facing a March 17 deadline to sell the project or face a review by the state’s Public Service Commission.

The commission had said it would consider closing the application if BP didn’t find a buyer by then. So far, it hasn’t. BP is in the process of selling off its entire Renewables division.

The company said in an emailed statement Wednesday it’s withdrawing its application with the state for the wind farm and divesting itself of its land rights and other assets for the project.

“It’s a great relief, an absolute relief,” said Town Councilman Clif Schneider, who has been one of the wind farm’s most outspoken critics. “As a community, this wasn’t the kind of project that we were looking for. It was a very poor fit.”

Schneider said the majority of residents felt the wind farm threatened the character of the small town based on tourism and agriculture.

“The cloud of uncertainty that’s been removed here now is going to allow for some real positive growth, I hope,” Schneider said.

“Let’s face it, it’s had a terrible effect on this township, in terms of continuing development and so forth,” said Town Supervisor Urban Hirschey, another big critic of BP’s proposal.

He, Schneider and other residents say the decade-long fight over wind power has hindered property sales and business development.

Still taking in the news Wednesday, he wasn’t quite ready to believe the fight might be over.

“I’m not going to get excited just yet,” Hirschey said.

BP said in its statement the process of winding down the project will take several months.

Given New York state rules that allow energy companies to bypass local zoning laws and the enticement of the winds in Cape Vincent, other companies could come in with their own proposals.

But Clif Schneider thinks that’s unlikely. Congress failed to renew tax credits for new wind projects at the end of last year, the town has made it clear it won’t support a tax abatement deal, and local opposition has been relentless. 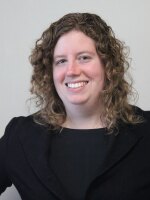 Joanna Richards
Based in Watertown, Joanna files reports and feature stories of specific interest to listeners in the North Country. Her reports are heard during regional news breaks aired in Morning Edition and All Things Considered.
See stories by Joanna Richards