The Broome County Legislature has temporarily shelved a deal with California company, SolarCity, to build a solar panel project for the county. Some legislators are concerned because the company is under investigation by the federal government.

The deal with SolarCity would help reduce energy costs for the county. The deal got unanimous approval in the county’s Economic, Education, and Culture Committee, before it was known that the company was part of a federal investigation.

The U.S. Treasury Department is investigating SolarCity and a number of other solar energy companies for overestimating the cost of solar panels to earn increased tax breaks.

Legislator Jason Garnar voted for the deal when it was in committee but now is one of its most outspoken opponents. He says it could take up to a year to know the results of the federal investigation.

“I think it would just make more sense to go out and re-bid the project,” said Garnar.

Garnar also takes issue that it’s a California company. He says it would be better to go with a local company. SolarCity installed and owns a solar field on the SUNY Cortland campus that went live earlier this month.

Deputy County Executive John Bernardo addressed the legislature before they decided to shelve the resolution. Bernardo warned if they delayed the deal the county could lose out on grant money from the state. He says the investigation includes thousands of energy companies, not just SolarCity.

“We have no reason to believe at this point that an investigation of a program with that many applicants, and that many awardees is going to result in major problems for SolarCity,” said Bernardo.

In a blog post posted on the SolarCity website back in November, the company tried to 'bury a dead horse.' According to the post, the company relied on independent appraisers when pricing their projects. And they always fell at or below market value.

All of SolarCity’s solar power systems have been appraised by third parties, using Uniform Standards of Professional Appraisal Practice (USPAP) standards, and following IRS guidelines. The entire energy industry uses the same methodology that is stipulated by the IRS. SolarCity does not use a different methodology than other providers to determine fair market value.

Jason Garnar says he’ll work to get the project out to bid again before next month’s meeting. 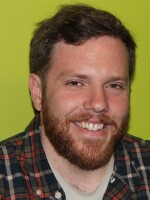