Questions over portrayal of support for LPG facility near Seneca Lake

Opponents of a liquid propane gas facility near Seneca Lake say that the company behind the project is misrepresenting its support.

Crestwood Midstream from Texas wants to expand the facility to store propane gas in the underground salt caverns.

Opponents argue it’s a risk to the water supply and the environment.

A Crestwood press release claimed a broad base of support for the gas project - including a wine producer named Munroe Vineyards.

But WXXI News has learned that Munroe Vineyards is not a winery - but a trucking company that hauls propane.

The family that owns the trucking company also owns a small vineyard, but is not involved in the Finger Lakes wine industry.

Winemaker Justin Boyette of the Hector Wine Company was a guest on WXXI’sConnections with Evan Dawson  on Tuesday.

Boyette said that Crestwood’s news release shouldn’t confuse the public about where the wine industry stands.

"The vast majority of us know the truth that the Finger Lakes wine industry is opposed to this project. It's quite unified and you can see that there is 100-plus wineries and related businesses that are opposed to it."

Senator Kirsten Gillibrand has also directed the company to stop claiming she supports the project. You can listen to a podcast of the segment above. 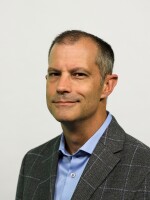 Evan Dawson
Evan Dawson joined WXXI in January 2014 after working at 13WHAM-TV, where he served as morning news anchor. He was hired as a reporter for 13WHAM-TV in 2003 before being promoted to anchor in 2007.
See stories by Evan Dawson