Steve Howard is in good spirits, because today he qualified for health insurance for the first time in 37 years. He’s one of 47 people who attended a two-day open house run by Monroe County’s largest navigator agency.

The 48 year-old roofer said when he was younger—with less health concerns —he never put much thought into medical coverage.  “Now I need all this done,” he says with a smile, pointing to damage to his front teeth. Howard feels some relief. Now that he’s covered, he’s sure he can afford the dental work that he needs.

Kim Wynn is Program Manager for Coordinated Care Services Inc’s Navigator Program. Navigators are state trained and certified to help New Yorkers get through the complicated online process of applying for health insurance. New York is one of 17 states that created its own alternative to the Federal healthcare.gov website.

People from all walks of life come in with one thing in common: they haven’t had coverage for some time. That can mean several years. Often the uninsured people who seek help from Wynn and her fellow navigators don’t have a computer at home or aren’t comfortable completing the online application on their own. Almost all her clients come in with lots of questions. Some are confused by the basics of the new insurance mandate.

National ad campaigns try to provide some clarity. Especially among the nation’s growing demographic of Latinos, who are less likely to be insured than the general population. The U.S. Department of Health and Human Service reports a half a million uninsured Latinos live in New York State; that’s the fourth largest population of Latinos without coverage. Judging by nationwide figures, many of them would qualify for some financial assistance.

Jenny Torres-Diggs, an IPA Navigator out of Jordan Health Center, is one of five at CCSI’s open house event. Torres-Diggs handles clients who prefer to communicate in Spanish. Although many own computers, culturally, Latinos show a preference for face-to-face transactions.

“They just say that there are questions on here that they stumble on, and they really don’t know how to answer. So, they just come in and see me and get it taken care of. A lot of them start the process, get frustrated, and then they just end up coming to see me,” said Torres-Diggs.

And Latinos aren’t the only group jumping cultural hurdles for medical care. Other factors like education levels and financial considerations can also restrict people’s ability to access health insurance. State health department spokesman Bill Swartz explains, “New York is quite unique. We have the greatest challenge and, at the same time, the greatest opportunity, because of geographic diversity, but also demographically. The difference between Plattsburg and the Bronx is a pretty significant difference.”

Multilingual social media and traditional advertising campaigns are designed  to address all New Yorkers. Often, partners embedded in specific communities will be able to customize their approach to the needs of individuals. In some cases, these individuals need more education about the process.

This is a completely different style of medicine

“This is a completely different style of medicine,” said Wilma Alvarado-Little, the Director of Community Engagement and Outreach for the Center for the Elimination of Minority Health Disparities at U-Albany. According Alvarado-Little, recent immigrants will continue to need assistance to be able to wade through the complicated concept of healthcare.

A visit to NYstateofhealth.ny.gov reveals the whole website is written in English. So, you’d have to be able to read English to be able to navigate the site. A globe at the top of the page marks a link for language support. Following the link will display phone numbers in Chinese, Creole, French, Italian, Korean, Russian, and Spanish, with materials to be printed in each language. However, elsewhere on the state website, clicking the tag for language support reveals a dead link that hasn’t been corrected in several weeks.

Some feel underwhelmed with the state’s efforts to reach out to immigrant and minority communities. The Ibero-American Action League is one of many human services organizations that hosts certified enrollers who connect the public to health insurance.

I asked President and CEO Hilda Rosario-Escher if the state was doing enough to get the word out among Upstate Latinos. “Absolutely not! I talk about the invisibility of Latinos, and this state is no different. Basically, I don't think that there is enough outreach out there to get Latinos connected to health insurance,” she said.  Rosario-Escher says other immigrant communities may be in the same boat.

BUT, not everyone agrees. Kristi Hughes is VP of Development & Administration at Empire Justice, a public interest law firm. Hughes oversees the state grant funded Ambassadors Program. “They’re acting as that bridge from the immigrant communities to the navigators to get them enrolled,” said Hughes.

About half of the Ambassadors in the state work with immigrant communities.  Hughes says they report some clients entitled to coverage worry divulging personal information could have implications for other family members.

“People who might have undocumented family members are terrified to go to a navigator because they think they’re going to be turned to INS. So our Ambassadors are making them feel comfortable. Saying, “No, no, no, you can still get coverage for your family and here’s how,” Hughes said.

Danielle Holahan, Deputy Director of the New York Health Benefits Exchange says the state continues to ramp up the last minute efforts to get everyone enrolled before the March 31st deadline.

“I also think people need to hear messages many times. We feel like we’re a broken record, but we’ll keep saying it. We and others will keep getting the message out there and, hopefully, that whole combination does the trick,” said Holahan. 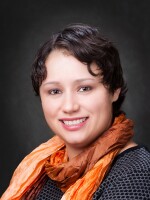