Windstream, the company purchasing Rochester's PAETEC, is moving to downtown.

That's the early word from a press conference happening now.

The telecommunications company that bought PAETEC this summer says it will bring up to 300 workers to the Seneca Building. The company is signing a 15-year lease and plans to open its Rochester office by 2013.

Here's the backstory: PAETEC had originally made a handshake deal with the city of Rochester to build a new headquarters downtown, at the site of the Midtown Plaza mall. State funds helped pay for the demolition of the structure to make it "shovel ready."

But in August, that agreement was threatened by Arkansas-based Windstream's announcement that it would acquire PAETEC.

Originally, PAETEC said it would bring more than 900 workers downtown with a newly-built world headquarters. The new estimate from Windstream accounts for roughly a third of that figure.

We'll have more on this story as it unfolds.

"I know there has been a lot of anxiety and curiosity about our plans over the past three months," Windstream CEO Jeffrey Gardner said at this morning's City Hall press conference. "I'm delighted to announce that Windstream plans to open an office in downtown Rochester."

The Windstream office will occupy two of the former Seneca Building's three floors. Gardner says the new digs will feature approximately 67,000 square feet of office space, enough to accommodate up to 335 workers. He says Windstream's move-in date will be no later than July 31, 2013.

Gardner was flanked by Rochester Mayor Tom Richards, Senator Chuck Schumer and a number of other local officials.

In recent months, Richards and Schumer had been increasing pressure on Windstream to follow through with at least some form of PAETEC's plans for Midtown.

On Monday, they got their way.

"They signed on the dotted line for 15 years," said Richards. "Fifteen years in our environment, and in our economy, is one heck of a commitment - because not only have they said they're going to be successful and committed to Rochester, they're here now."

Schumer touted his role in securing a $2 million federal grant for Midtown infrastructure back in September.

Though the Windstream announcement is being hailed as a victory, it pales in comparison to PAETEC's original plans. The Fairport-based company was pursuing plans for a 225,000 square-foot facility that would have included "retail space, a rooftop garden for public and private events, advanced technology for energy efficiency, and sophisticated exterior LED lighting effects."

WXXI's LeShea Agnew was at this morning's press conference. She filed this report. 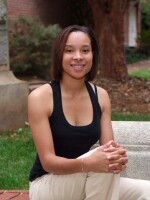