WATCH: Land at heart of debate

In May, New York state announced the completion of the largest land acquisition in more than 100 years, the Boreas Ponds tract, which was the final purchase from a 2012 agreement with the Nature Conservancy.

Should the land be designated as "wild forest" or "wilderness?" The vocabulary might not seem like a big difference, but it's at the very heart of a debate. 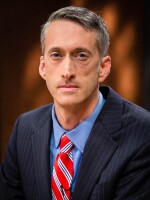