The opinions contained in this commentary are those of Sandy Parker, president and CEO of the Rochester Business Alliance.  Her piece is part of the Innovation Trail's "Budget Solutions" series of guest blog posts.  Think you have a good way to fix New York's budget?  Submit it to us and we might use it on the blog.

The solution to the state’s budget problem is really very simple. Enacting that solution is where things get complex.

At the core is a basic premise: New York, like any household, business or other entity, cannot spend more than it takes in. But there are two aspects to any budget – revenue and expenses. And our elected officials need to be looking judiciously and creatively at both sides, at the same time.

Let’s start with the spending side. First, we must recognize where New York is spending its money. The truth is that more than two-thirds of the state’s spending is in just two areas – Medicaid and education. So it’s impossible to have a conversation about bringing spending in line without recognizing that cuts must be made in these two areas.

New York has the most expensive Medicaid program in the country. At $49.2 billion in 2010, it accounts for roughly 14 percent of the nation’s total Medicaid budget, even though New York has only 7 percent of the nation’s population. While the Medicaid Redesign Team did recommend some strategies for cutting costs, it also included a plan to extend the current 9.63 percent HCRA [Health Care Reform Act] surcharge. This is not cutting spending, but just a tax on insured New Yorkers. It has absolutely nothing to do with reforming Medicaid and will only add to the overwhelming tax burden on insured New Yorkers, and force our schools and local governments to absorb the inevitable increases in health care costs, compounding their economic problems and possibly leading to an increase in property taxes.

One way to cut costs would be to reduce unfunded mandates on local governments and school districts, which are key driver of property tax hikes. Governor Cuomo did create a Mandates Relief Redesign Team, but its results fell way short because they failed to address core cost drivers like the Taylor Law and the Triborough Amendment. These two laws, which are unique to our state, guarantee that public employees pay and benefits will increase without interruption, even if their contracts expire. New York needs to be able to amend its public workers contracts in times of economic downturn, just as private sector employers do.

New York must also clean its own house, reducing the size of state government by consolidating and merging agencies, and removing the legal barriers that prevent the more than 10,000 government taxing entities (towns, villages, cities, school districts, water districts, etc.) from consolidating and/or sharing services.

If it all sounds complicated, it is. But I believe there is a realistic starting point. New York must enact a property tax cap of 2 percent a year or the rate of inflation, whichever is less. Many believe this sounds harsh. But I believe that a tax cap is the only thing that will force our elected officials to deal with New York’s fiscal realities.

Once the cap is in place, the state will need to deal with the issue of unfunded mandates, many of which unnecessarily drive up local government and school district costs. They will be forced to deal with the “double standard” around public employee pay and benefits, and they will be forced to resist the temptation of temporary fixes, such as borrowing. Our state’s debt has rise more than 41.3 percent since 1999, and now consumes 17 cents of every tax dollar collected.

But while dealing with the spending side is critical, our state leaders must also address the state’s revenue picture. And that doesn’t mean filling the coffers by layering on more taxes and fees on already overburdened taxpayers.

What it does mean is creating a more competitive, business friendly climate so that the private sector can get back to creating jobs. That includes reforming our economic development programs and finding ways to lower the cost of energy.

How can we make this all happen? The important word is “we.” We as taxpayers and citizens must get engaged and informed on the issues. We should get behind organizations like the Rochester Business Alliance and Unshackle Upstate that are championing these changes.  And we must be prepared to remind our elected officials of our expectations and of their responsibilities to us – the taxpayers they were sent to Albany to represent. 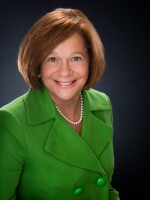