The opinions contained in this commentary are those of Kent Gardner and Erika Rosenberg of the Center for Governmental Research.  Their piece is part of the Innovation Trail's "Budget Solutions" series of guest blog posts.  Think you have a good way to fix New York's budget?  Submit it to us and we might use it on the blog.

Across parts of the country, governments and public labor unions are wrestling with tight fiscal times that may require them to forge a new relationship. In Wisconsin, the governor’s success at stripping public employees of many of their collective bargaining rights has Republicans and fiscal conservatives cheering, and Democrats and unions predicting a backlash in their favor. Here in New York, our budget problems are impossible to solve without an overhaul of the government-union marriage.

Governor Andrew Cuomo has put unions in his sights – along with schools and Medicaid recipients – proposing almost $9 billion in reductions to close an estimated $10 billion budget gap between expected revenues and proposed spending in the $133 billion budget. Cuomo wants the state’s unions to contribute $450 million to the cause and has vowed to lay off up to 9,800 state workers (5 percent of the total) if the unions don’t agree to concessions producing the savings.

Cuomo is nowhere near Wisconsin Governor Scott Walker in tone or substance, but he has sent the unions some tough messages. In addition to the layoff threat, he did not give the powerful union heads the advance briefing on his proposed budget that is customary in Albany. He also recently hired two negotiators with tough reputations to handle formal talks on state contracts expiring April 1.

Why target public servants? Simple: Most government cost is employees, and salaries and benefits for most government workers compare extremely favorably to the private sector. Whatever vehicle you choose to rein in costs – cutting school or Medicaid funding, imposing a cap on property taxes – eventually you must implement the change by altering public employee compensation.

Which is tough to do under New York’s collective bargaining laws. The Triborough Amendment to the Taylor Law, in particular, gives employees great leverage at the bargaining table by continuing most benefits of current contracts even after the contracts expire. The result is that governments throughout New York face the same set of options confronting Cuomo: somehow wring concessions (such as greater employee contributions to health costs) from unions, or do layoffs.

As difficult as the salary and benefits problem is, it pales in comparison to the pension problem. Mandated school district contributions to employee pensions are expected to quadruple over the next five years, while state and local governments face costs that will triple, according to the Empire Center for New York State Policy.

What kind of money are we talking? Consider school districts. Costs for teacher pensions will rise from $900 million this year to $4.5 billion in 2015-16, Empire Center says. And pensions are constitutionally protected: the state may not alter pension levels for existing employees.

The New York Times ran a story recently highlighting the fact that New York offers its public employees pensions that represent the highest salary replacement of any state in the union, save Colorado, which does not allow its employees to receive Social Security. On average, a public worker’s pension represents 77 percent of his or her salary. Add in Social Security, and New York public sector retirees make more in retirement than they do while working.

A wholesale shift to a “defined contribution (DC)” pension plan, a 401(k)-like plan similar to what most private workers receive, would put the governor and state employee unions in a state of war. But there is a good case to be made for offering state employees a choice between that and their current “defined benefit (DB)” pensions.

As a new member of the SUNY Potsdam faculty in 1983, Kent was offered this choice. Either he could enter the State Retirement System and be guaranteed a retirement benefit based on longevity and final salary, or he could join the Optional Retirement Program in which the state would make a contribution to a TIAA-CREF account that he would control and manage. If we listen to the heated rhetoric coming from the state’s public employee unions, Kent got snookered when he opted for the defined contribution plan. (So much for that degree in economics!)

But he’s not alone. It turns out that a majority of SUNY faculty make the same “mistake,” picking the DC plan over the DB plan.

Are SUNY faculty a bunch of overeducated dummies? Or do they know something the union leadership hasn’t figured out? Let’s loop back to Kent. He was 28 at the time. This was his first real job. While it is common for college faculty to stay in place for much of their careers (a consequence of the tenure system), Kent wasn’t sure he would secure a tenured position. Moreover, he wasn’t convinced that he wanted to stay at SUNY or remain in New York State. Picking the defined contribution plan preserved his flexibility. As it turned out, he did get tenure but left the college anyway - and took his TIAA-CREF retirement account with him.

The defined benefit and defined contribution options differ in the balance of choice and risk they offer to employees. Choice is a powerful motivation. Consumers like to be able to choose among similar breakfast cereals, pick a house or apartment that suits their needs and tastes, and control what music plays on their car audio system. With a defined contribution plan, employees can invest their retirement in stocks or bonds, real estate or gold—pretty much any investment strategy covered by a mutual fund. How much you end up with in retirement depends on how good your choices turned out to be.

And as Kent’s example highlights, a DC plan also frees the employee from a specific employer. Many of us know state workers who freely admit that they would leave state service for the private sector - if it weren’t for the pension system. “If I can put up with this job for just xx more years, I’ll be set.” So they stay.

We also know many instances of individuals running for public office - say, town board or county legislature - just to book a few more years in the system and move up to the “next level” of retirement earnings. This is a “golden handcuffs” problem that isn’t good for the individual or state and local government.

While leaders of New York’s unions reject the idea of choice, it’s time for Cuomo and the legislature to break through the political logjam and enact some different options for public employee retirement. It’s one of the first eminently reasonable steps we can take toward reworking that government-union relationship.

CGR is a nonprofit policy research and consulting organization focused on objective analysis and pragmatic change located in Rochester, N.Y. CGR works to bring clarity to issues that affect the quality of life in communities within and beyond New York State. CGR works with government, business and nonprofit leaders who drive public policy action and organizational change, empowering leaders by providing fact-based, objective research and analysis and by making recommendations that are achievable. 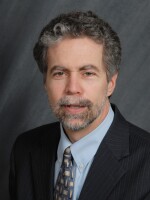 Kent Gardner
Kent Gardner is the president of the Center for Governmental Research (CGR), a public policy and management consulting organization founded by Kodak’s George Eastman in 1915. In addition to his role as chief executive officer, he leads CGR’s study of economics and public finance. Clients include the New York State Department of Education, the University of Rochester Medical Center, and the New York Power Authority.
See stories by Kent Gardner 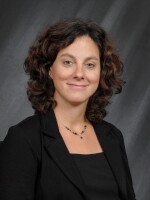 Erika Rosenberg
Erika Rosenberg is a senior associate at the Center for Governmental Research (CGR). Her work focuses on helping clients and communities make meaningful use of data to drive productive discussions on performance and positive change.
See stories by Erika Rosenberg