Tom Belknap: Pay for the services you want

The opinions contained in this commentary are those of blogger Tom Belknap.  His piece is part of the Innovation Trail's "Budget Solutions" series of guest blog posts.  Think you have a good way to fix New York's budget?  Submit it to us and we might use it on the blog.

Tax cuts. For some, particularly in Republican circles, it is the first phrase that springs to the lips whenever and wherever a crisis arises. Slow economy? Tax cuts. Terrorist attack? Tax cuts. Unemployment on the rise? Tax cuts. Inflation issues? Tax cuts. Too many tax cuts? Tax cuts...

On the federal level, the result is 20 consecutive years of declining tax revenue, the steepest decline coming in the last 10. In 2000, a married couple earning $50,000 and filing jointly paid 28 percent in taxes. In 2011, the schedule would have the same couple pay just 15 percent in taxes. The federal government generally accomplishes this decrease in taxation by increasing the burden on state governments to cover the declining Medicaid and education payments. Hence the “unfunded mandates” to which Republicans refer through clenched teeth in red and sweating faces - and mandates are in fact a problem, as anyone trying to deal with the $10 billion budget shortfall in New York can surely attest.

We're going to need to pay for it

But funded or unfunded, aren’t there just some mandates incumbent upon a democratic government? When we look around the world at nations we like to feel superior to, we generally point to nations with no social safety nets, where the poor and the elderly are left to provide for themselves; places where protections for workers are not even discussed. We point to regions where the “government” is merely the group of people our government talks to when necessary, and where the “country” is the name we gave the region. When we think of government that fails its people, we think of places where roads are little more than disused bare patches of dirt, streetlights are non-existent, and safety in the dark is a thing unlooked-for.

If we would prefer to maintain our superiority over those countries, we’re going to need to pay for it. There is no magical formula of tax cuts and growth that will reduce the burden. The Invisible Hand of the Marketplace™ will not build you a road, nor a bridge, nor repair a broken streetlight. Someone will - many someones would be glad to - but you’ll have to pay them.

New York finds itself at the end of the line, needing to do what the federal government has not done: make the choice between services and taxes. The results are unpleasant to say the least. I will not pretend that efficiencies cannot be found, nor suggest that belt-tightening is not an inevitable fact of life, from time to time. I am not discounting fraud and abuse in the contracting system or suggesting that getting anything done in New York is anything less than an expensive nightmare. I am saying that none of these unfortunate facts alter our responsibility to pay for the society we want to live in.

Perhaps its worth considering in the next cycle just exactly what those enticing campaign-season tax cuts really mean, sooner or later.

Tom Belknap is a web developer and blogger living in East Rochester, N.Y. His website, DragonFlyEye.net, has been an active member of the Rochester and New York State blogging community since 2004. You can find him these days on Twitter and Facebook. 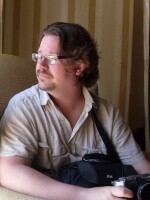 Tom Belknap
Tom Belknap is a web developer and blogger living in East Rochester, N.Y. His website, DragonFlyEye, has been an active part of the Rochester and New York State blogging community since 2004.
See stories by Tom Belknap