The opinions contained in this commentary are those of Tim Kremer, executive director of the New York State School Boards Association.  His piece is part of the Innovation Trail's "Budget Solutions" series of guest blog posts.  Think you have a good way to fix New York's budget?  Submit it to us and we might use it on the blog.

My assignment for this guest commentary was presented in rather enticing terms: to share a solution for New York State’s budget woes.  “It can be an untapped revenue stream, it can be a cut, it can be a wild pipedream - it's up to you,” the invitation went.

If you’ve been around the state Capitol long enough, you would undoubtedly say that I chose the “pipe dream” option, because my proposed solution for New York’s fiscal woes is for lawmakers in Albany to provide school districts with relief from some of the big-ticket state mandates that often drive up school district costs.

Why a pipedream, you ask?  Because these items often involve personnel costs, or come straight up against powerful special interests.

At the top of my wish list is reforming the state’s “Triborough Amendment,” which requires school districts to pay annual salary “step” increases to eligible employees after a collective bargaining agreement expires.

My second mandate relief wish is another whopper:  pension costs, which are increasing at a rate local school districts and municipalities cannot keep up with.  Rather than a defined benefit plan, why not at least give new employees the option of a 401(k)-like defined contribution plan, or a hybrid pension plan that caps the defined benefit at a pre-determined level?

At least 11 other states are currently altering their pension plans.  Two states – Michigan and Alaska – have enacted defined contribution pension plans for most new public employees. Michigan adopted its plan in 1997 and it saved state taxpayers $210 million in fiscal year 2010 alone, according to the Empire Center for Public Policy [PDF].

While I am dreaming, I should mention fourth on my list is a change in business practices, specifically how school districts are trapped into following archaic purchasing procedures.  I realize this is not an issue that resonates with a lot of people.

But think about it:  school districts purchase millions of dollars in goods and services each year.  How much more bang for their buck could districts get if they were authorized to “piggyback” on contracts with other states and municipalities, or if they were provided the option to purchase through national purchasing cooperatives?

The ability to leverage the aggregate purchasing power of larger, national procurement cooperatives and multi-entity contracts has proven to be a highly successful, equitable, cost-effective fiscal tool in other states.  Unfortunately, New York is one of only two states that do not allow schools and local governments this type of flexibility that would improve value and save taxpayers money.

Last, the state legislature should repeal the “Wicks Law,” which requires multiple contractors on construction projects.  Studies have shown that the Wicks Law adds as much as 15 to 30 percent to the cost of public projects ("Fiscal Implications of the Wicks Law Mandate," New York State Division of Budget, May 1987 and "Impacts of Wicks Law - Final Report," New York State School Boards Association, March 1991).

Implementation of the changes I have identified above would be more effective than, say, a property tax cap to control spending and provide relief to overburdened taxpayers. As communities throughout Upstate New York can attest, we can no longer afford to hamper the efficient operation of our schools.

Fewer big ticket mandates means fewer costs and lower taxes. Most importantly, these changes would allow school districts to direct a greater share of these resources to that which matters most – students’ academic success.

The New York State School Boards Association serves as the statewide voice of more than 700 boards of education. The Association provides current information and advice on matters affecting school boards and cooperates with other educational and related organizations in promoting excellence in education. 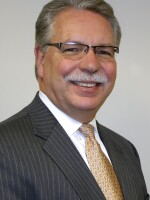 Tim Kremer
Tim Kremer has been the executive director of the New York State School Boards Association since 1998.
See stories by Tim Kremer