Michael Caputo: Allow counties to opt out of Medicaid spending

Just because there's an agreement for New York's 2011 budget doesn't mean the debate ends.  The Innovation Trail is continuing its series of commentaries about how to fix the budget.  The opinions contained in this commentary are those of political consultant Michael Caputo.  His piece is part of the Innovation Trail's "Budget Solutions" series of guest blog posts.

New York spends two times the national average on Medicaid and cost per capita here is 100 percent higher than the next highest state. Since nobody in the Empire State is arguing that we get anywhere near our money’s worth from this bloated program, deep cuts should be in store.

Every year since 2005, New York State Assemblyman Robin Schimminger (D-Kenmore) has trotted out the same draft legislation that directs counties to set their own Medicaid options and eligibility levels.

His point: providing costly optional Medicaid benefits should not be required in this enduring recession, so let the locals decide. It’s a good idea that saves real money in hard times.

These bills never pass. Unless something changes, they won’t likely pass this year, either - a year all New Yorkers are crying out for real mandate relief.

Collins’ rationale: “County governments are drowning in Medicaid costs. The least New York State can do is allow these same governments to build their own life raft.”

New York is one of only a few states that forces local governments and taxpayers to fund part of the Medicaid burden - about 25 percent. Erie County’s local share of Medicaid was just over $200 million in 2010, 96 percent of the county’s entire property tax receipts. That’s $1,500 for every person in Erie County.

Federal law mandates much of this cost; there’s no way states can get around paying for basic Medicaid programs. But New York forces county property taxpayers to pay for more of the federal Medicaid options than any other state.

New Yorkers haven’t heard much about this reinvigorated opt out plan in recent days. In fact, Cuomo’s own Medicaid Redesign Team reported out in late February what former gubernatorial candidate Carl Paladino called little more than “broad-brush recommendations for legislation to allow bureaucrats wide discretion to set out new rules, which may result in cost savings.”

Paladino may be right in his cynical assessment, since the $2.3 billion in savings found by Cuomo’s panel is a drop in the bucket of achievable cuts. But, as Collins told WKBW-TV in Buffalo, “reforming Medicaid has proven incredibly difficult, in large part, because it is nearly impossible to get all the diverse but necessary parties to agree on statewide reforms.” He thinks county opt-out reform is an “easier lift in Albany,” and he’s probably right.

Some say Collins’ advocacy is the kiss of death for opt out legislation with Cuomo, since the savvy Republican may run against the governor in 2014. But other county executives have talked about this over the years. The New York State Association of Counties has lobbied the idea, too. 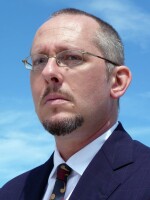