Just because there's an agreement for New York's 2011 budget doesn't mean the debate ends.  The Innovation Trail is continuing its series of commentaries about how to fix the budget.  The opinions contained in this commentary are those of Tompkins County Legislature chair Martha Robertson.  Her piece is part of the Innovation Trail's "Budget Solutions" series of guest blog posts.

It appears the state budget will not include a property tax cap, but – because many politicians ran on the issue – we should expect that it will happen this year.

These mandates are actual bills counties have to pay, including for health care and legal defense for the poor, services for children with disabilities, welfare, and pensions for employees. These mandates – created, designed, and regulated in Albany – account for 90 percent of county tax levies around the state. In other words, we don't control the majority of our budgets.

How would a property tax cap work? It's basically an “allowance.” A county could only raise its total property tax levy by 2 percent, or the rate of inflation, whichever is less, no matter how much mandated costs increase. For Tompkins County, our allowance would be about $600,000 for 2012. Remember this number.

After years of protests by counties against unfunded mandates, Albany seems to have recognized that state actions have caused high property taxes. This year, all the state lawmakers we've spoken to - including the governor – have pledged: “Don't worry, we would never pass a tax cap without mandate relief!”

However, it looks like that's exactly what they will do.

In fact, the governor has proposed new cost-shifts – new unfunded mandates. The governor's cuts to Tompkins County at the time of this writing are $1.3 million, and about half of that - $700,000 – is for programs that we cannot eliminate.

How did we get in this situation? During the last 35 years it's been a bipartisan project to cut personal income taxes. New York's top personal income tax rate was 15.375 percent in the early 1970's. It's now 6.85 percent. It was temporarily raised to 8.97 percent for 2009 through 2011, but Cuomo and the Senate refuse to extend that higher rate for even the very wealthiest – fewer than 1 percent - of New Yorkers.

These are choices the state is making. The state has cut your income tax and expanded programs by making counties pay the bills; they've been forced to raise property taxes as a result. Albany has alternatives,  such as the millionaire's tax, which could help pay for mandate relief or soften the blow of the other cuts.

Does it matter whether the state or the counties pay for programs? Yes. We all pay income tax (to the state) and property taxes (to schools and local municipalities). But income tax is charged according to our ability to pay. Not true for property tax. This is why people are outraged - justifiably - at high property taxes: the value of your home can go up even if your income doesn't. So there is a fundamental difference between the state paying for a service and local government paying for it.

A tax cap without mandate relief will force counties to pay the spiraling costs of state programs and pensions by squeezing out everything else: locally important services that are not mandated, such as bridge and road repair, law enforcement, help for job seekers, libraries, youth services, and community colleges. Many vital services that communities depend on will be slashed or eliminated. The new cost-shifts and the growth in existing mandates exacerbate the damage that a tax cap will cause.

For Tompkins County, in addition to the $700,000 in new cost-shifts mentioned above, our 2012 Medicaid bill will grow by $300,000. Pension costs will shoot up by another $1.3 million. Other mandates will also increase, but those are the biggest bills. The total for the new state-mandated cost increases: more than $2.3 million next year. Remember our allowance under the tax cap? $600,000. You can begin to see what will happen to all other services, if the tax cap goes through.

We agree property taxes are too high, but a tax cap keeps them high. Mandate relief actually lowers property taxes. This year, Albany did start a conversation about mandate relief. Basically, the state could provide mandate relief to counties by cutting program benefits to recipients, or by taking financial responsibility for their own programs. Governor Cuomo established the Medicaid Redesign Team and the Mandate Relief Team; they chose neither approach, and have failed to come up with any mandate relief so far.

What to do? Many worthwhile suggestions have been generated by Cuomo's task forces, but realistically it's a two to three year process before counties could actually see any savings. Unfortunately, state lawmakers have forced themselves into a corner where they're going to have to pass a cap or look like they've failed.

If they want to salvage any trust that still exists between Albany and the counties that provide their programs, state lawmakers must “carve out” from the cap several large areas of expense for counties. In other words, they must exempt certain expenses from our “allowance”. The most important carve-outs include:

Counties are ready to work with state lawmakers and agencies to make our programs more efficient and cost-effective. But it took decades to create these programs; it will take concerted, collaborative effort over the coming months – and years – to rebalance the system. Good public policy and good sound bites are not the same thing. Let's resist what just sounds good, and instead work together to make good policy.
Martha Robertson is the chair of the Tompkins County Legislature.  She also chairs the Tompkins County Industrial Development Agency  and represents the legislature on the Tompkins County Council of Governments. 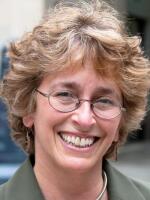