Just because there's an agreement for New York's 2011 budget doesn't mean the debate ends.  The Innovation Trail is continuing its series of commentaries about how to fix the budget.  The opinions contained in this commentary are those of Cornell University's Ken Margolies.  His piece is part of the Innovation Trail's "Budget Solutions" series of guest blog posts.

When families are in debt, they are supposed to "tighten their belts" and cut back on expenses.  However, if most families cut back at the same time, the economy would suffer from lack of demand.

Leading economists such as Joseph Stiglitz, Paul Krugman and Christopher Pissarides argue that austerity measures go in exactly the wrong direction and are more likely to result in lower economic growth, worsening unemployment and protracted recession.

Even if that's true, if you don't have the money, there is no choice but to make sacrifices, right?  Not necessarily, depending on why the family is in crisis and who makes the sacrifices.  If the parents were paying lavish allowances to the children and everyone was dining out on lobster every night, the solution is obvious.

However, the main reason families and states are facing extreme deficits is that relaxed regulations allowed creatively greedy people to grant questionable mortgages and then insulate themselves against  losses by selling shares in the risky loans to others.  That scheme fell apart and the economy collapsed in 2008.

In commenting on that collapse, Alan Greenspan, former Federal Reserve chairman, said he was, "in a state of shocked disbelief" that the financial industry did not curb itself.  That's like me saying I'm shocked my dog ran out of the house just because I left the door open.

Dogs run away.  Banks, stockbrokers and other free market capitalists relentlessly pursue profit.  They do so, regardless of the consequences for the rest of us, unless some regulatory doors are closed by government or the people organize a strong counterbalance to protect their own interests.

Unions have served as that counterbalance and, for many years, their efforts through collective bargaining and political action raised compensation and improved working conditions for everyone.

Now, they have declared war on public sector unions.

As Warren Buffet, said, "There's class warfare, all right, but it's my class, the rich class, that's making war, and we're winning."   One strategy the wealthy use in their war is called "starving the beast."  According to Wikipedia, "starving the beast" is a fiscal-political strategy to create or increase existing budget deficits via tax cuts to force future reductions in the size of government."

Today's starve-the-beast advocates are some of the same people that gave us the Bush tax cuts, responsible for so much of the deficit.

The governor of Wisconsin, Scott Walker, pushed through a big tax cut that created the deficit he used as justification for stripping collective bargaining rights from public workers, despite union agreement to concessions Walker said he needed.

Walker, other politicians, and those they say they speak for, are counting on convincing the middle class that public sector unions are the cause of deficits, and that when wealthy Americans are taxed, it is bad for everyone.

Our friendly billionaire, Mr. Buffet, candidly disagreed and said "The rich are always going to say just give us more money and we'll go out and spend more and then it will all trickle down to the rest of you. But that has not worked the last 10 years, and I hope the American public is catching on."

I think the American public is catching on.  In Wisconsin, Ohio and across the country, nurses, firefighters, teachers and the people who protect our water, our children, our elderly and who provide so many services that communities need, are standing up for themselves, their unions and the people they serve.  They are saying we are not the cause of the bad economy and deficits.

This stance is supported by research from some of the country's top scholars in "Getting It Right: Empirical Evidence and Policy Implications from Research on Public-Sector Unionism and Collective Bargaining."

The authors, including Thomas Kochan of MIT and Harry Katz of Cornell, conclude:

The existing research shows [public sector] compensation is lower than that of comparable private-sector employees.

If we do not cut public sector pay and benefits and government services how will we close the deficit?

In New York State as well as throughout the rest of the nation I think we need to organize to force our governments to address the deficit in ways that promote growth, preserve needed services, and require that those who caused the economic meltdown and used their inordinate power to dramatically grow their wealth pay their fair share.
Ken Margolies is the director of Organizing Programs at Cornell University's School of Industrial and Labor Relations.  He uses his labor union experience to train and advise union members, officers, staff, delegates and stewards. 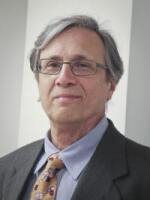 Ken Margolies
Ken Margolies is the director of Organizing Programs at Cornell University's School of Industrial and Labor Relations. He started working for the ILR Extension Division at Cornell Labor Programs in 1986 following a career in the labor movement working for the Service Employees Union, the Association of Flight Attendants and the Communications Workers of America.
See stories by Ken Margolies