Grant Reeher: We are getting less for more

Just because New York lawmakers passed a state budget doesn't mean the debate ends.  The Innovation Trail is continuing its series of commentaries about how to get the state's fiscal house in order.  The opinions contained in this commentary are those of Syracuse University political science professor Grant Reeher.  His piece is part of the Innovation Trail's "Budget Solutions" series of guest blog posts.

Think you have a good way to fix New York's budget?  Submit it to us and we might use it on the blog

I’ve been asked to write about “solutions” to the state’s budget crisis.  Would that I had one.

In financial terms, New York has two severe problems, which have come together politically this year.  The first problem is short-term, and is something afflicting all the states to some degree: states are obligated to balance their budgets, and cannot weather financial downturns by running deficits the way that the national government can.

In this regard, we are actually better off than many other states.  The governor is only talking about a 3 percent cut, after all.

But the “longer short-term” prospects may be bleaker, as normally the effects of the economy on state finances involve a greater lag time than the effects at the national level.  We shall see.

But in the real long term, New York also has structural spending problems that rival the nation’s, and which require significant reform before things get even worse.  That’s the second problem.

In part, Governor Cuomo is trying to draw on the first problem, in order to get traction on the second.

I recently attended one of the governor’s road-show budget presentations, and it reminded me of something I often find myself ruminating over.  One of Cuomo’s main arguments was that we do not get good value for our tax dollars.  To illustrate, he juxtaposed where we rank in terms of spending in various areas with where we rank in terms of performance in those areas.

Things may be worse than we think

One of the canards about New York that he was keen to rebut was the notion that, yes, our taxes are high - but we get great services and great public resources in exchange.  The numbers he cited were dramatic and disturbing. You can watch the speech here.

It actually turns out that things may be even worse than he says.  I've written about this at greater length in a Syracuse Post-Standard column published in April 2009, but the figures are so surprising (at least to me) that they bear repeating.

First the context:  Across the western world, economies are different versions of the same thing - a system that relies on regulated markets, mixing private and public ownership, and providing social insurance through tax revenues.

But here in the U.S., we stand at a noticeable distance from the European pack, particularly in terms of our weaker public sector appetite.  Relative to our economy (and therefore our collective income) our government (taking into account all levels) is leaner, and overall, our taxes are lower.  This may be hard for some readers to believe, but it's true.  In tax-and-spend terms, we look a lot different from countries like Italy, Norway, and France, and instead keep company with Japan, Turkey, and South Korea.

But here's the rub for New Yorkers:  Those statistics are for the U.S. as a whole - in other words, they average across all the states.  But the state-to-state variation is significant.  When you break things down by state, and you look at how much resources government at the state and local level takes up, relative to the size of that state's economy, in 2009 New York surpassed all other states except Maine, and its government was considerably hungrier than other large states like Pennsylvania and California.  (I requested these figures from Ian Pulsipher of the National Conference of State Legislatures, a distinctly non-partisan and well-respected group.)

Accounting for the state-to-state variations, New York begins to appear more like Britain than it does, say, Texas.  In fact, according to Forbes.com's 2008 international “Tax Misery Index,” a top-earning worker in New York City had the same overall tax burden as an equivalent worker in Berlin.  However, a top-earner in Texas sat comfortably alongside workers in Uzbekistan and Ireland - 8 spots below Illinois, 15 spots below Britain, 20 spots below New York City, and 37 spots below Sweden.  Perhaps this is one reason why the governor is loath to extend the “millionaires tax.”

And now here's the final and real rub for comparing New York to those other countries:  Where's the universal health insurance?  Where's the public transportation infrastructure?  The public day care?  The list of course goes on.

The governor has a point.

Grant Reeher is host and program director for “The Campbell Conversations” on WRVO, and a professor of political science at Syracuse University’s Maxwell School of Citizenship and Public Affairs. 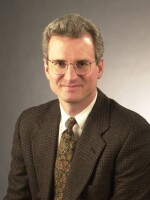 Grant Reeher
Grant Reeher is host and program director for “The Campbell Conversations” on WRVO. He is also a professor of political science at Syracuse University’s Maxwell School of Citizenship and Public Affairs, the director of the Alan K. Campbell Institute for Public Affairs
See stories by Grant Reeher