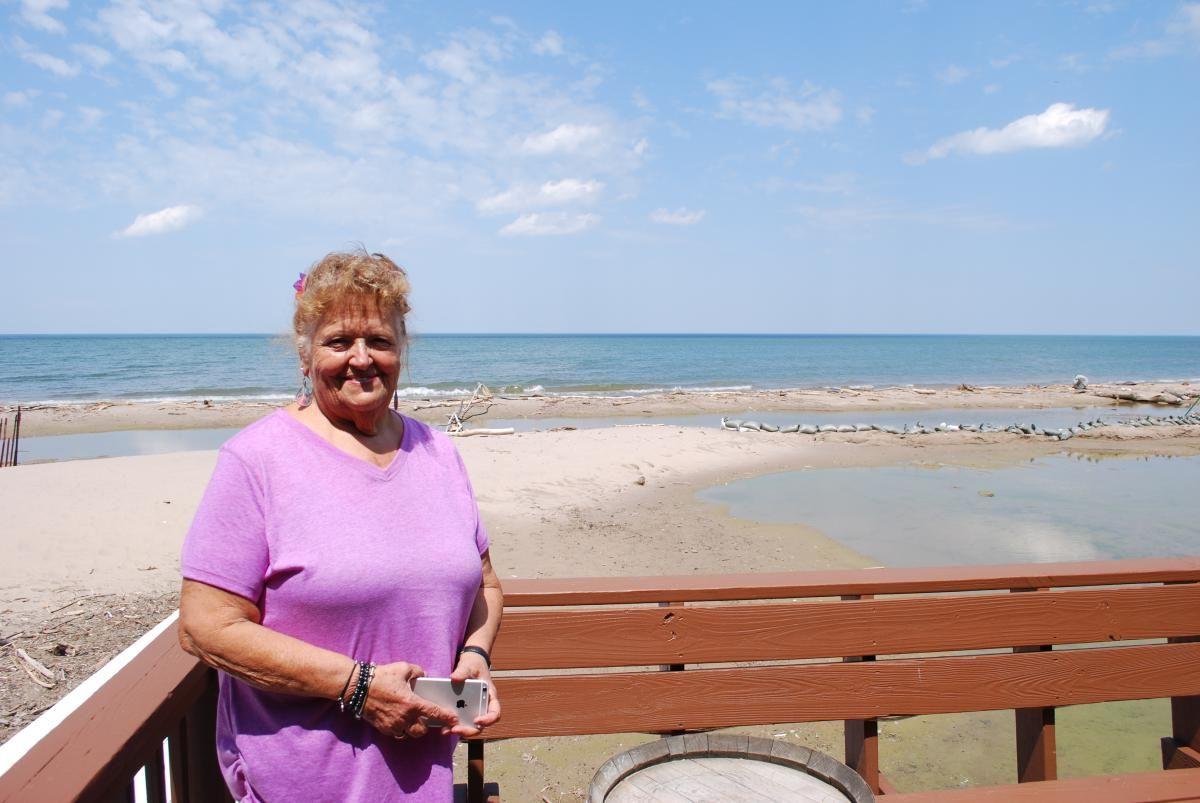 Spring flooding along Lake Ontario is damaging many homes along the shoreline, and it’s hurting people who have businesses there. Now, business owners say it will take a long time to recover -- even after the floodwaters go away.

Marge’s is a little bungalow bar in Rochester. Inside, there's a small wooden bar and a few games, but you don't go to Marge’s to stay inside.

Out back is a big stretch of beach looking out over Lake Ontario. There's a tiki hut, and frozen drink machine, and live music on the weekends.

"It's a vacation without leaving home," says owner Fran Beth.

She took over when the original Marge, her mother-in-law, passed away. The bar has been in business for 56 years, and Beth says on summer nights, hundreds of customers stop by to drink $7 rum runners in the sand and watch the boats go by.

"Just pick up a chair and put it in the beach where you want to be and life is good," she says.

Except these days most of Marge’s beach is underwater -- and has been for weeks.

Beth says flood waters started creeping up the beach in April, getting closer to the bar. Neighbors pitched in, moving sandbags into the back yard and stacking them along the shore.

"We had a line going, you know, putting them in," she says. "That made a big difference because at that time the lake was really, really rough and everybody kind of went under at once."

But it wasn’t enough to hold back the lake. Marge's lost a lot of its beach.

Experts expect the flood waters to start receding over the next few weeks.

But Beth says people aren't coming around as much as they used to -- even though this is typically the start of the busy season. “We're not open as much as we would normally be but I don't know if people are staying away because of that or because they come down and they don't see it as nice as it usually is.”

Other businesses on the lake also have suffered erosion and damage from high water, waves, and flooding.

The Pelican's Nest is a restaurant and bar a few miles west of Marge’s -- at the mouth of the Genesee River, where it flows into Lake Ontario. They’ve got a big back deck where diners can look out over the water, and dock space for people to come in by boat.

General Manager Jamie Bennet says their waterfront has survived much of the flooding, but other parts of the property were hit hard. “We actually had to close down for 12 days just because the water was creeping up in the parking lot.”

The closure set them back. Not only did they miss out on business, but they lost some staff. The owner calculates their losses at almost $100,000 -- and counting.

Businesses like the Pelican's Nest and Marge's may get some help from the government. Republican senators in New York recently proposed a Grant Program to help small businesses rebuild.

Bennet still worries that extended media coverage of flood damage may be keeping people away from the waterfront. So folks at the Pelican’s Nest have been thinking of creative ways to bring people back -- like inventing a new flood-inspired cocktail.

"You know, we've been tossing that around," he says. "I'm looking at some recipes right now. And we've been talking about possibly having like, a flood party, you know. Something like that, just try and play off it, you know. Just to get the word out there that we're back up and running and open and nobody's going to float away down here."

Beth has been struggling to get the word out about Marge’s, too.

For Beth, there’s more at stake than just her business. Her house was also hit hard by the floods, and she needs profits from the busy season now more than ever to rebuild her home. But, perhaps unsurprisingly, the owner of the breezy beach bar seems optimistic.

She says, “Well, we’re gonna make the best of what we’ve got. One day at a time.”