Entergy: We View The Decision To Close FitzPatrick As 'Final' 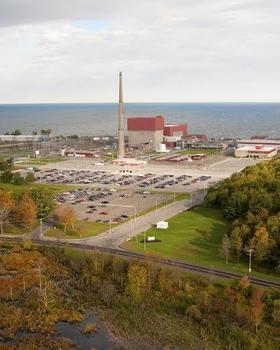 "This decision, we view it as a final decision," said Nappi. "It’s one the company made reluctantly, because the plant is very well run. It’s just not economically viable."

Gov. Andrew Cuomo said last week he’d pursue “every legal and regulatory avenue” to keep the plant open. But Nappi wouldn’t say whether Entergy is even talking with state officials.

As it stands, 615 people stand to lose their jobs. That would cost the central New York economy $80 million in payroll alone, according to figures provided by local officials trying to save the plant.

Mexico Central Schools superintendent Sean Bruno says the nuclear plant represents half of the district’s tax base, paying $12 million a year of its $54 million budget.

"I’m not ready to give up on goal number one" to save the plant, said Bruno in his office Monday. "The second you start to shift your goal and your focus, it detracts from the focus on your original goal. And our original goal is to do whatever we can to make sure that that plant continues to operate."

Entergy CEO Leo Denault told Wall Street analysts Tuesday he is factoring Fitzpatrick’s closure in his company's future earnings projections. He expects a savings of up to $275 million over five years.

The company says it will offer jobs at other plants to Fitzpatrick employees willing to relocate.