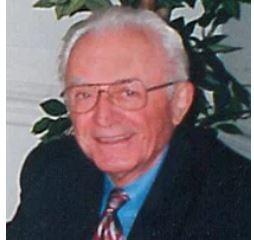 The founder of a business that has been a fixture on Park Avenue for nearly 50 years has died.

George Gines, the original owner of Jines Restaurant, died Sunday at the age of 84.

Mr. Gines immigrated to Rochester from Greece when he was 20 years old and opened the family restaurant in 1971, before Park Avenue was the kind of destination it is today.

"When you would go in there, he was always there checking on people, like any good restaurateur does, to make sure everything was to your liking,” said Kevin Stevers, owner of the nearby Stevers Candies. “He seemed to know just about everyone."

Stevers says Gines played an important role in the development of the Park Avenue neighborhood.

"I definitely will miss him. He's been on the Avenue since I was a kid; he was a very central part of this street."

According to his obituary, Gines stayed true to his Greek Orthodox faith and was active in the church and the local Greek community.  He is survived by his wife, Maria, and his daughter and son, Irene and Peter.

Calling hours are from 4 to 8 p.m. Friday at the Greek Orthodox Church at 962 East Ave., with a Trisagion Service at 7 p.m.

A funeral service will take place at the church at 10 a.m. Saturday.