Inaccessible housing: many with physical disabilities must deal with substandard shelter

It takes several tries for the medical transport van to back up the snow-covered driveway and onto the frozen front yard. The tires spin in the snow, which crunches in the cold air. The van has to get close enough for the ramp that slides out the back to bridge the gap from the van to the porch, rising over the three steps to the door.

Wooden porches like this don the front of many of Syracuse’s old homes, constructed during the city’s boom era.

In the back of the van is Jay Harris, who is 16 years old. Harris is a paraplegic, wheelchair-bound since he was shot in the back in July while riding his bike back to his South Side of Syracuse home.

Harris is small, weighing less than a hundred pounds. And he’s quiet, more so since the accident, his mother says. The shooting has completely changed Harris’ life from that of a typical teenager. Going to school has been replaced with twice weekly trips to physical therapy. Tutors and friends come to him now.

But when people come over, they don’t go to his room. Harris’ living situation -- and his family’s -- has been upended. His bedroom is now the living room, unable to make it upstairs to his old room.

"It would a lot easier if I had my own room, my own privacy, like a regular teenager would have," Harris said.

Also at the top of the stairs is the house’s only shower. Harris has been only able to take what his mom’s calls "bird baths" since the accident.

"I really can’t do that no more; I’m tired of that," said Harris. "I just want to get in the shower like a regular teenager would do. That would make me feel more, like regular, how I used to be before this."

Harris’ mom, Sabrina Wheat, works as a housekeeper at St. Joseph’s Hospital. She rents this large house for her and her kids. It’s old and wasn’t built with wheelchairs in mind. That’s typical for the houses in Syracuse.

A quarter century after the Americans with Disabilities Act, only 5.6 percent of Syracuse’s housing has been constructed since, built up to those new codes. That’s less than a fifth of the national average, according to CNY Fair Housing. Those codes include doorways and bathrooms wide enough for wheelchairs. And front doors that can be rolled through.

So Wheat has begun looking for a better place to live, one with a bedroom and a shower on the first floor. But that’s a very arduous process in Syracuse.

Disability advocates put the average wait to get into an accessible home at three or four years. Wheat says her queries have turned up little and landlords she speaks to aren’t helpful.

"They were worried about the property with his wheelchair, saying that it might bump the corners of the walls or maybe tear the property up, maybe," she said. "A couple of them, I asked, ‘Would you be willing to let me put a ramp on the house? No.’ A lot of them denied me and said no."

Living in a rental property means they can’t easily install ramps or make other modifications. Those things can also be quite costly. Wheat talks of moving into a hotel room, which at least would have a bathroom her son can use.

Owning a home only makes things a little easier.

"Ouch, that didn’t feel good," Cheryl King said as she reaches to turn on the lamp next to her. 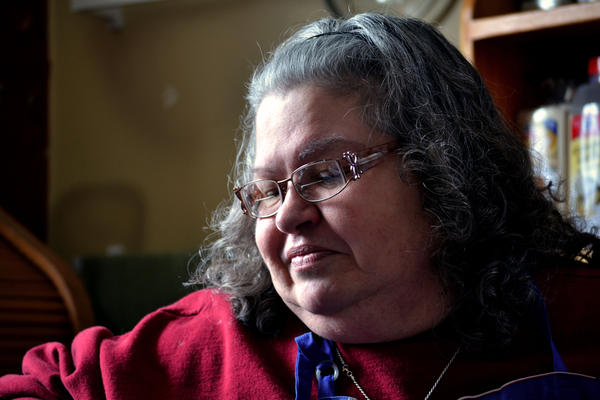 "I have what’s called cerebral spinal ataxia, which there’s really nothing they can do about it, it’s just a debilitating neurological disease," she explained, "where eventually I’ll be bedridden."

So far the genetic disease has forced Cheryl King out of her job as a nurse. She uses a wheelchair when out and a walker to get around the house.

A grant helped pay for the ramp that leads to the front of her house, which she shares with her husband Rick in East Syracuse. Already they’ve had to move their bedroom onto the first floor.

"We’re probably going to be losing this home pretty soon. So we need to find other housing,

Rick King said. "I want to find something that’s more handicap accessible, easier to get around." 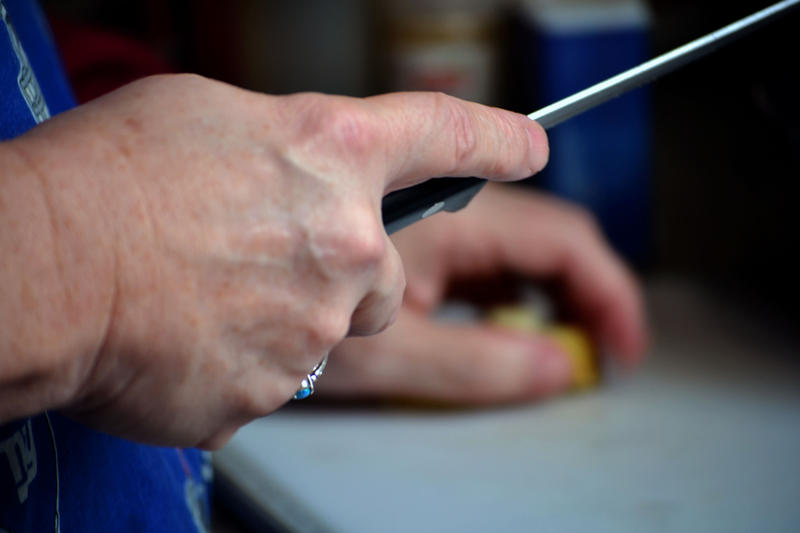 Cheryl King is still able to knit and cook, but the disease has progressed faster than she anticipated.

"My focus was getting my nursing degree, which I did, and go to work. And we wanted a house for us, for our kids, so we bought the house," she said. "I never thought this was going to happen right so quickly."

King’s husband Rick is self-employed and Cheryl collects disability payments. It’s not enough income to make further modifications to the house. And building an entirely new home is unaffordable. 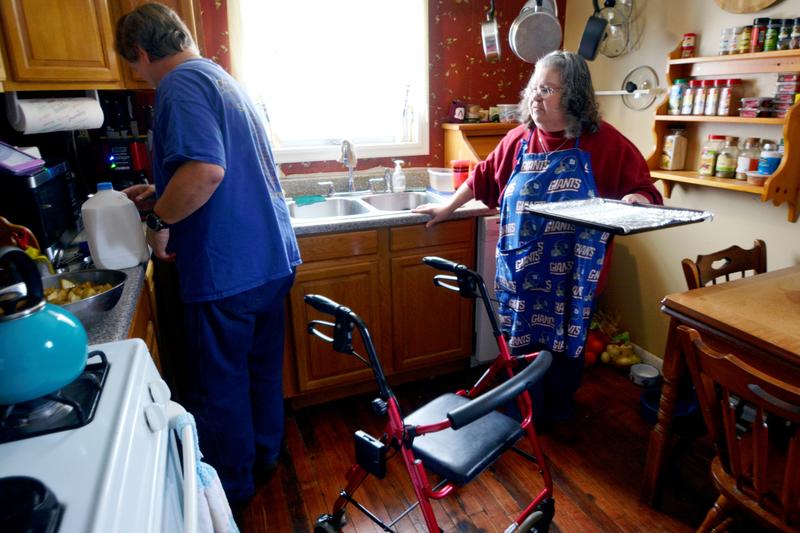 They say it’s time to increase the intensity of their search. But another couple years of looking and waiting may be too long. The only options may be to move away, or move into a nursing home, while they’re still in their 50s.

At Jay Harris’ home in Syracuse, a delivery has come on a frigid winter evening. It’s his own wheelchair, finally replacing the rental he’s been using for the past six months.

Watching him hoist himself from the old chair to the new and back out as a technician adjusts footrests and straps, it’s easy to see Harris’ weakness and his struggles ahead.

He mostly keeps quiet, head down as he thumbs through his phone, but his mother’s frustration and stress about those struggles is more palpable.

"This is a big change, a disaster change for me and my son. I never thought in a million years this would happen," Wheat said. "Everything is new to us, it’s a like a new life starting all over. Everything is put on hold."

Harris’ own chair will bring one piece of permanence to his new life. But it won’t, as he so often puts it, make things regular.