Jobs Gains In December Locally Cap Off A Positive Year 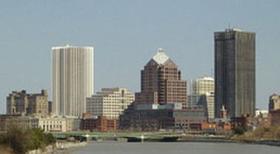 The latest numbers from the State Labor Department on job growth saw more increases for December, which officials say capped off a solid year overall.

The Rochester Metro saw an increase of 5,600 private sector jobs in December compared to December a year ago, and state labor analyst Tammy Marino says that added onto robust growth that was going on throughout 2015.

"Since last January, local employers created more than 18,000 new jobs. Historically, looking back the area typically gains about 15,000 jobs during that same period, and as a result 2015 was likely one of the best job markets that we've had since the end of the recession.”

But she says manufacturing continued to be a weak spot. Manufacturing employment currently stands at its lowest level on record.