TweetShareGoogle+Email
Listen
Listening...
/
Doctors classify skin into one of six categories, depending on how it responds to sunlight. The lightest skin always burns and never tans, and the darkest skin doesn’t burn or tan. WXXI’s Brett Dahlberg has the story of a Rochester startup’s effort to change inequalities in how diseases are diagnosed on different ends of that spectrum.

A Rochester startup is looking to solve a medical problem with a global scope. VisualDx is building a database of what diseases look like on all skin colors, in an effort to correct persistent racial inequalities in diagnosis.

Scientists have known for decades about racial inequalities in access to medical care. A landmark 1985 report from the U.S. Department of Health and Human Services, for example, found that minority Americans lived further from doctors and had less ability to pay for medical care compared to white people.

Then a 2002 report from the National Institute of Medicine indicated that even when they accessed medical care at equal rates, with similar insurance plans and income levels, black patients received treatment inferior to white patients.

Newer research has begun to demonstrate what’s behind those inequalities in treatment, showing that racial differences persist in everything from how seriously medical staff take a person’s pain to how often doctors misdiagnose.

Experts now say part of the reason for elevated rates of misdiagnosis among racial minorities is that doctors are not familiar with what diseases look like on people who fall on the dark end of the spectrum they use to categorize skin types. (Type I, the lightest, always burns and never tans in the sun. Type VI, the darkest, neither tans nor burns.)

“Many doctors don’t have much experience treating patients who are diverse racially and ethnically,” said John Dovidio, who teaches in the psychology department at Yale. “They try to apply what they know about what something looks like in a white person to members of other groups.” Dovidio was on the committee that published the 2002 report on racial disparities in health care.

Eric Ingerowski uses VisualDx in his pediatric practice in a mostly white suburb of Rochester—the latest census figures for Panorama Pediatric’s ZIP code show that more than 95 percent of residents there are white. Ingerowski’s hospital residency, on the other hand, was downtown where, he said, seeing minority patients was the norm. As a result, he has a pretty firm grasp of what many diseases look like on dark skin, he said. Nonetheless, he’s an ardent supporter of VisualDx. (And, as a disclosure, he also does some work for the company.)

In medical school, Ingerowski said, skin disease symptoms are often described by color, but on a patient with dark skin, “red doesn’t always look red.” Rashes and lesions can look different on different skin colors, he said, and if you’re looking only for the textbook example of the symptoms, “you may initially get fooled.”

So VisualDx, CEO Art Papier said, is moving beyond the textbook, to an electronic database of what diseases look like on all skin types. “The bias in medicine has been toward skin disease in people that have light skin. That’s the way most of the books presented examples,” he said.

Textbooks have gotten more representative since the days of the 1910 “Atlas of Dermatology” he keeps in his office, which almost exclusively shows diseases on white skin, Papier said. Still, though, they do not reflect a diverse population. Papier said that’s an impossible task for a book that only has room for three or four pictures of any one disease. 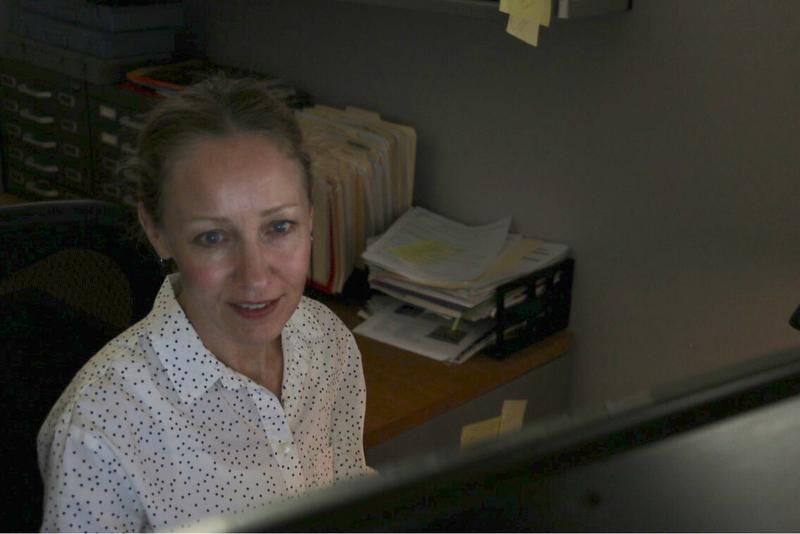 The VisualDx database is built from photos, submitted by doctors around the world, of what disease looks like on their patients. The pictures are categorized and filterable: How old is the patient? Where does he live? Where has she traveled? And, crucially, what color is their skin?

The catalog is not for the faint of heart. It has pictures of lesions, wounds and infections everywhere on the body. Sitting in her office, a gray-walled room kept dimly lit to help her eyes stay calibrated to the colors on her computer screen, VisualDx image collection manager Heidi Halton called herself “unshockable.”

“I’ve seen everything,” she said as she scrolled through picture after picture of diseased skin.

One of Halton’s primary concerns, she said, is figuring out what’s missing from the database. It contains over 150,000 pictures, and yet, some diseases have proven almost impossible to find in people of color.

“It took us years to find images of Rocky Mountain spotted fever in dark-skinned patients,” she said.

Lyme disease has proven even more elusive. “We have one,” Halton said. “This is another one that drives me nuts.”

Dovidio, the Yale psychology professor, said those pictures are not absent because people of color don’t get bitten by ticks. More likely, he said, it’s because people of color face more barriers in getting to a doctor than white people. And once they get to a clinic, doctors have a hard time making the diagnosis, because they don’t know what these diseases look like on dark skin.

Dovidio began studying what we now call “implicit bias” well before it had that name. In 1981, he was a co-author on a paper called “Racism among the well-intentioned.” Doctors, he said, are not trying to be ignorant.

“At a conscious level, they work very hard to not let bias affect medical decisions,” Dovidio said. “But even very well meaning, non-prejudiced people are susceptible to implicit biases. Those get folded into diagnosis and decision-making.” 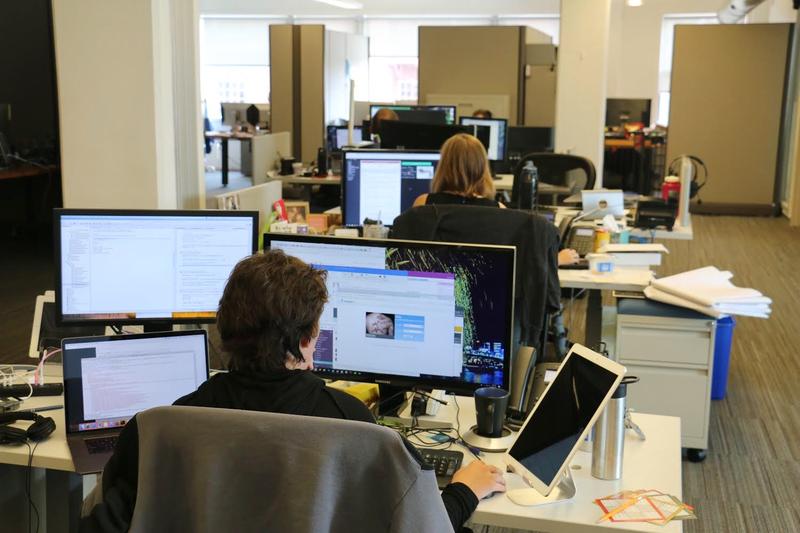 Getting his colleagues to embrace the new software has sometimes been a challenge, Ingerowski said. “The rest of the world and other industries have easily adopted computers,” he said. “For medicine, computers have really had a slow uptake, and we certainly don’t use them to their potential.”

If Papier’s hunch is right, computers are soon going to play an even bigger role in diagnosis. VisualDx is moving its resources toward machine-learning, he said. After a few months of thinking she was nearly done gathering new dermatological images, Halton is again beset by an influx. Machine learning relies on feeding computers tens of thousands of images of diseases and teaching them to recognize the symptoms, regardless of the patient’s skin color.

It’s a little unnerving, Halton said. “We can never have enough images. The more you feed it, the better it understands. It’s insatiable,” she said with a laugh.