Wine producers on this side of the border say they're losing a significant amount of business, because Canada makes it too expensive for their citizens to buy New York State wines while visiting and then bring it home.

While Americans can purchase wine from vineyards across the border and bring it into the U.S. with relative ease, Canadians are subject to duty in excess of 100 percent on wines sold here.

That, say vintners on this side of the border, puts them at a costly competitive disadvantage.

Speaking at a recent roundtable discussion in Amherst, one local wine seller suggested imposing similar duties on Canadian wines brought into the U.S. - or at least threatening to do so - might bring Canadian officials into discussions to work out more fair trade.

"Logistically, I think that involves two things on the federal level," said Duncan Ross, owner of Arrowhead Vineyards in Lockport and a member of the Board of Directors for the Niagara Tourism and Convention Corporation. "That involves allowing the customs and border protection folks to collect a New York fee on Canadian wine. And then in the New York State Legislature, we need at least the introduction of a fee on Canadian wine.

"The combination of those two things will capture some attention in Canada and at least bring them to the table, hopefully before that becomes law, because  frankly once a fee goes on the books it's not coming off any time soon." 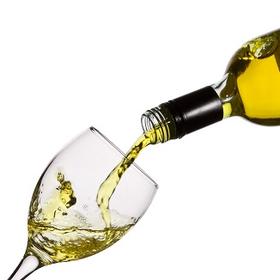 "We generate close or a little over $552 million in Niagara County in tourism revenues, which equates to about $67 million in local and state taxes and generating 13,900 jobs in our county," said John Percy, President and CEO of the NTCC.

Ross suggested that with truly free and fair cross-border trade, business on this side of the border could double within the next couple of years.