Local politicians and business leaders had a chance Thursday to look inside Yahoo's burgeoning complex in the Town of Lockport. So far, the Silicon Valley giant has spent around a half-billion dollars on two data centers and a corporate call center, with the latest expansion adding more than 100 jobs

Yahoo officials, including co-founder David Filo were on hand to show off the new facility and its hundreds of employees, made possible by a series of public incentives and tax breaks allied with corporate cash. 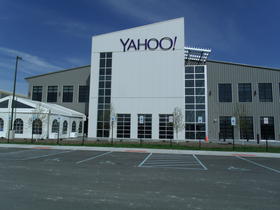 Filo says eight years ago, Yahoo was looking to build its own East Coast Data center.

"New York was a great candidate spot for us and we met with some of the agencies here and didn't realize it would turn into this. But, looking back, it was a great kind of initial meeting that did eventually turn into our first facility that we call BF-1 across the way and now, today, what we are celebrating which is the opening of this facility," Filo said.

The complex is located to take advantage of cooler air and weather in Niagara County. During a ceremonial opening and tour, Yahoo officials say the local climate lets the company save lots of money because air temperatures and winds cool equipment without the need to run air conditioning and cooling equipment constantly. 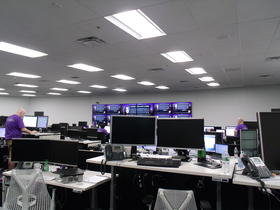 "Our data center here in Lockport is really a model for our company, the innovative design that Filo talked about, which is known as the Yahoo compute coop or what we call a chicken coop," said Kail.

"The simple architecture really shapes how we think about technology in general."

The latest expansion adds 115 jobs to the company's local operation.