He is also pushing to reinstate $10 million in federal dollars to the BEACH Act, which was recently cut from the 2014 budget, to help keep polluted beach water safe for swimmers.

"We finally have a comprehensive program that wouldn't just deal with one issue at a time while the beach is closed because of another issue, but look at the whole program,” Schumer says.

And, he adds, the bill’s success might not be far off.

“We have a broad bi-partisan coalition democrats and republicans and it seems to be on the edge of passing."

Schumer stopped in Rochester Tuesday to announce two programs which aim to keep beaches in the Monroe County area in western New York off the EPA’s Area of Concern list.

Ontario Beach has been rated one of the worst beaches in the country because of its problems with bacteria.

He says Monroe County could stand to receive tens of millions of dollars from his $475 million-a-year plan.

The senator says it’s high time the problem of contaminated water in the Great Lakes was addressed.

"These beaches are beautiful. They are a great resource, they attract people from far away to come eat in restaurants, walk around the waterfront and go to the shops. We need the money and we're going to fight to get it."

Monroe's County executive says they haven't had access to this type of money to fix Ontario Beach's algae problem.

The bill was introduced in the Senate by Senator Carl Levin of Michigan. 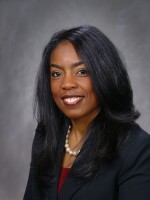 Carlet Cleare
Carlet Cleare is a Reporter/Producer at WXXI News. Carlet reports on news topics relevant to the community and helps to create and develop story ideas to produce comprehensive and compelling news stories. Prior to joining WXXI, she worked at RNews as a Desk Assistant. Carlet earned her Associate’s degree in Communications & Media Arts from Monroe Community College in 2004, and received a Bachelor of Arts degree in Communications/Journalism at St. John Fisher College in 2006. Her work has been honored by the New York State chapter of the Associated Press.
See stories by Carlet Cleare